Each year we take a few gallons of our fresh olive oil and bypass the filtration system to bottle a special extra virgin oil, this is Bondolio Olio Nuovo. Because Bondolio Olio Nuovo has not been filtered it is a highly sought after taste profile. We only run a very limited number of bottles of Olio Nuovo because the shelf life of this particular extra virgin olive oil is relatively short meaning the window of time to enjoy this special fruit juice is short. We will be offering tastes of this year’s olio Nuovo during our annual Christmas Events.

Our 2019 Bondolio Olio Nuovo celebration will again be a fundraising event to support the efforts of Angel Flight West. Contributions of a portion of every sale will go to this incredible organization. And, 100% of the proceeds at the the Bondolio outdoor pizza oven will go to Angel Flight West. And we will be making pizza faster than you can say ‘una margherita pizza’.

So who or what is Angel Flight West?

The ability to travel easily across the country is something that we all take for granted. However, for those whose lives are in turmoil, the financial, physical and emotional burdens can make otherwise ordinary trips extraordinarily difficult. That’s when Angel Flight West’s network of 1,400+ volunteer pilots step in. These folks fly their own planes and pay for all costs out of their own pockets, in order to make these critical journeys relatively stress free.

Angel Flight West has its headquarters in Santa Monica, California, where the most amazing people you could ever imagine work as the ground support crew managing the complexity of matching pilots with passengers, coordinating the flights, spreading the word among referral agencies, and continually recruiting new volunteers.

It’s like a small airline, further complicated by the extra care and expense of working with passengers who need our help, their families, as well as medical and hospital personnel.

The beneficiaries of the flight – the passengers and their families, the healthcare organizations – pay nothing at all, ever.

Who are these pilots, and why do they give so much of their time and money to help strangers? They’re engineers, scientists, and teachers. Doctors, lawyers, and corporate executives. Retired commercial pilots and young entrepreneurs. But as different as these men and women might be, they all have two things in common: The love of flying, and the desire to touch people’s lives.

When Angel Flight West began in 1983, the mission was so unique that it was sometimes difficult to convince healthcare providers that they could do what we promised: fly people in private planes for free. It almost seemed too good to be true. But it is true. 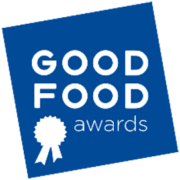 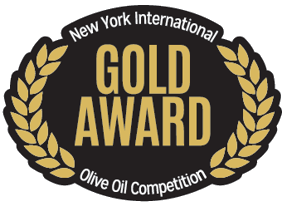