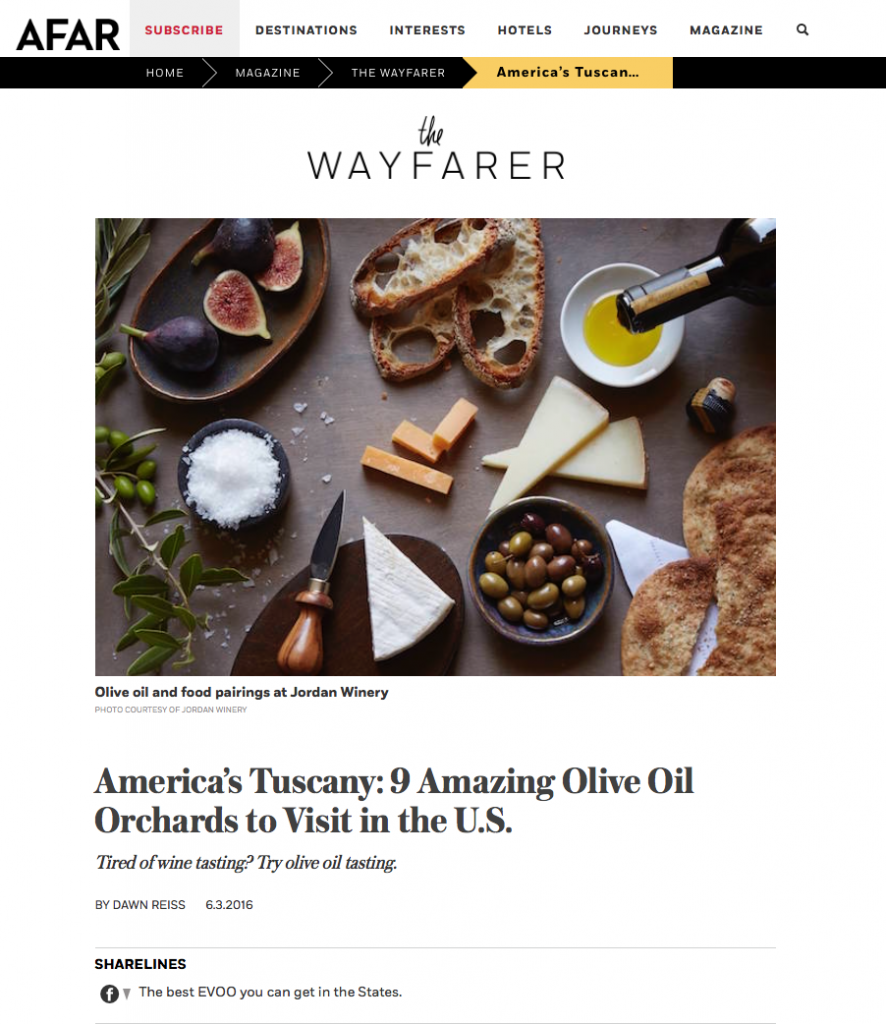 We love all things Italian—including, of course, olive oil.

Unfortunately, according to the American Olive Oil Producers Association, as much as 75 percent of the extra virgin olive oil that is imported from Italy to the United States is unpure. The Italian Mafia is to blame: the Mob takes pure olive oil and cuts it with cheaper oils, then sells it at the higher price and pockets the extra cash.

Loaded with antioxidants and healthy fats, extra virgin olive oil is now being produced in the States at a rate like never before. Last year, California, the leading American producer of olive oil, churned out four million gallons—more than 10 times the amount the state produced in 2004.

Olive trees are now also grown in Texas, Georgia, Florida, Arizona, Oregon, Alabama, and Hawaii (on the island of Maui). With so many olive orchards, Americans can find a new pastime: olive oil tasting.

Here, nine orchards that make their own EVOO and are gorgeous getaways, too.

Bondolio Olive Oil
With its red clay tile roof and decorative Italian-style clay pots, Bondolio Olive Oil looks like a slice of Italy. Karen Bond and her husband Malcolm turned this former almond farm into an olive orchard after a trip to southern Italy. Then they imported and quarantined 1,200 Sicilian trees for two years before they harvested their first crop in 2009. It’s just under an 11-mile bike ride from Davis, California, one of the nation’s best bicycle cities. Once at the farm, take a tour of the mill and orchard (offered by appointment only). Then, do an outdoor tasting of the farm’s balsamic vinegars paired with pizza made from the built-in-Tuscany wood-burning brick oven.