Come out to the Bondolio farm to enjoy our new Extra Virgin Olive Oil on the first three Sundays of December 2, 9, 16

Fresh nuovo olio, milled in the first week of November, will be drizzling onto pieces of bread for your tasting enjoyment

What else can you experience at Bondolio?? Here’s a couple examples:

Maple syrup from an amazing family farm in Vermont

And of course the mill will be open for touring – promising a fun time at the farm for one and all.

Aside from pizza, we will be making a simple flat bread in our pizza oven onto which our new oil will be drizzled. This is classic Italian life in the Fall – tasting the new oils fresh from your local olive grower.

So what’s all the fuss around new olive oil? Fresh new olive oil is commonly known as nouvelle or, in Italy, ‘nuovo olio’. New oil is not filtered and has yet to settle down. The fruity, buttery, pungency are all at a maximum sensory value in olio nuovo. In fact, it was a fortuitous taste by Karen of olio nuovo 18 years ago outside of Naples Italy that started the concept of Bondolio. Now our dream is to share that experience with you.

This will be Bondolio’s fourth New Oil event and it’s all about enjoying an Italian tradition. Between mid September through the beginning of December, throughout regions of Southern Italy and Sicily, family farms are busy harvesting their olives which they then take immediately to local mills to squeeze the olive enough to give up its fruit juice, oil.

During this harvest time in both Southern Italy and at Bondolio. the olives are still mostly green, just at the very beginning stages of changing color from a bright green to a softer shade of green. It is at this green stage that the oil of the olive has the taste profile that Karen favors most. For Karen, this is the exact moment when the Sicilian as well as the Bondolio olive oil contains the optimal flavor for her palate.

We have watched many visitors enjoy the slightly spicy taste, the grassy flavors, and the wonderful aromas of Bondolio olio nuovo.

The same experience really does fill the air in rural villages throughout southern Italy.

Stop by Bondolio for an experience you normally have to travel thru 8 time zones to enjoy.

If you are flying in, use KEDU and we will shuttle you to the farm. PM kbond@cedaron.com and give us your flight plan.

This year Bondolio is supporting the efforts of Angel Flight West by contributing a portion of every sale to this organization. In addition, the Bondolio outdoor pizza oven will be making pizza faster than you can say ‘margarita’. 100% from the pizza will go to Angel Flight West. So who or what is Angel Flight West?

Here’s a brief description of this organization: The ability to travel easily across the country is something that most of us take for granted. But for those whose lives are in turmoil, the financial, physical, and emotional burdens can make ordinary trips extraordinarily difficult. That’s when they turn to Angel Flight West’s network of 1,400+ volunteer pilots who fly their own planes and pay for all costs out of their own pockets, in order to make these critical journeys.

Angel Flight West has its headquarters in Santa Monica, California, where the most amazing people you could ever imagine work as the ground team managing the complexity of matching pilots with passengers, coordinating the flights, spreading the word among referral agencies, and continually recruiting new volunteers.

It’s like a small airline, further complicated by the extra care and expense of working with passengers who need our help, their families, as well as medical and hospital personnel.

The beneficiaries of the flight – the passengers and their families, the healthcare organizations – pay nothing at all, ever.

Who are these pilots, and why do they give so much of their time and money to help strangers? They’re engineers, scientists, and teachers. Doctors, lawyers, and corporate executives. Retired commercial pilots and young entrepreneurs. But as different as these men and women might be, they all have two things in common: The love of flying, and the desire to touch people’s lives.

When Angel Flight West began in 1983, the mission was so unique that it was sometimes difficult to convince healthcare providers that they could do what we promised: fly people in private planes for free. It almost seemed too good to be true. But it is true. 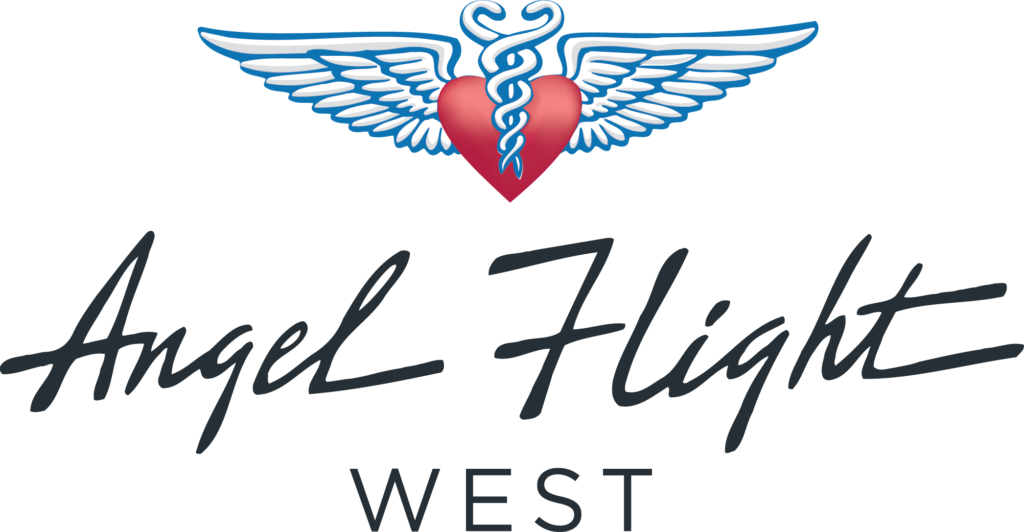